Tring Governing Body has a minimum of 12 members, one of whom is the Head of School. The others represent various parties with an interest in the school’s success:

THE TERM OF OFFICE FOR Governors IS 4 YEARS

I am a Licenced Insolvency Practitioner and have a background in accounting and finance.  I joined the Tring governing body in 2018 and have been Chair of Governors since late 2018.  I am a Foundation Governor and currently have 2 children at Tring School.  I have been involved in school governance for over 15 years.

I also act as the Chair of Governors for a school in Hatfield on an interim basis.

I am the Team Rector of the Tring Team Parish.  As a Church of England School the incumbent is on the governing body because of their role.  All three of my children have been to Tring School, with the youngest about to join the sixth form.  I have been involved in school governance for 20 years. My wife, also a priest, is the school chaplain.  I am also a member of the governing body of Bishop Wood School. When not involved with Church or schools I keep sheep as a hobby.

I am a retired Headteacher who lived near by in Berkhamsted for 28 years. Whilst teaching I developed a particular interest in helping children, and their families , with Special Educational Needs. I also served as an Inspector and still work occasionally, representing clients at SEND tribunals.

More recently, I lived in Ducklington, West Oxfordshire, where my husband was parish Rector. We have returned to Hertfordshire in the last year and now live in Tring where we attend St Peter and St Paul. Being a foundation Governor allows me to combine Education and Church! 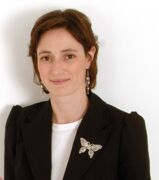 I am a Digital Marketing Consultant for a number of small businesses around the country.  I joined the Tring governing body in 2020 as a Parent Governor with a focus on SEN - I have a son in Year 10 and a daughter in Year 7. I have been involved in a number of associations working with children and have been closely involved with the running of First Little Gaddesden Cub Group for a number of years. 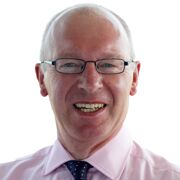 I was born and grew up in Kent. After school I won a commission in the Royal Marines and served for 10 years at home and abroad from a base in Devon. Then, as a mature student I studied computer science at Exeter University and worked for a short while as a software engineer.

With my young family I moved from Exeter to our current home in Pitstone in the mid 80s when I joined the civil service. I worked in a variety of roles in central government until just after the London Olympics. After a few years working for a management consultancy, I set up my own company
specialising in infrastructure protection strategies.

I was a parent-governor at Brookmead School in Pitstone in the 90s. Now, with two young
grandchildren (and more on the way), I know the vital importance of education and I am keen to
support the school team in any way I can as they seek to help all students at Tring realise their full
potential.  I am an enthusiastic, but not particularly talented, golfer.

I’m a member of the CIPD and a qualified DISC/PPA professional. I also have an interest in children and mental health and currently educating myself further in this field in my spare time. I have also set up a horse riding school for young children.

In my role as a governor I support the assisting head and the HR function on various matters.

I currently have one son in the Sixth Form and another son in Year 7. 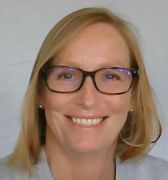 I currently work in a secondary school leading teaching and learning, curriculum development, initial teacher training and learning technology.  I also deliver leadership training to middle and aspiring senior school leaders in NW London.  I have experience of UK and International School leadership and prior to teaching had a career in pharmaceutical public relations.  I joined the Tring Governing Body as a Parent Governor in 2020.   I currently have a daughter in the school and a son who left in July 2022.

I am the Academic Registrar at Solent University, Southampton responsible for quality assurance, registry services, UKVI, examinations and graduation and complaints and appeals. As an academic lawyer, I previously held the role of the Director of Solent Law School, have worked in senior roles at other university law schools and am an institutional reviewer for the Quality Assurance Agency. Elected as a parent governor in 2022, my eldest is a student at the school, while my younger children are at Dundale School. I have lived in Tring for over 35 years - and am a former Tring School student! I am also the Assistant Minister at Tring Baptist Church.

I am a novel writer based in Tring, with over twenty published books under my belt, and previously worked as a School Business Manager at a Grove Junior School in Harpenden for eight years. Before that I had a successful career in Public Relations and Marketing. My son left Tring school several years ago and I joined the governing body in May 2020, keen to continue to use my knowledge of the education sector.

I am the acting operations manager for Tring School and have over 20 years of experience in project management and operations in both the private and education sector. As a newly appointed governor I am looking forward to representing the staff on the governing body and sharing my experience and knowledge.

*As Tring Team Parish Rector from 2008, an ex-officio member of the Governing Body.

Your browser is out-of-date!

Update your browser to view this website correctly. Update my browser now